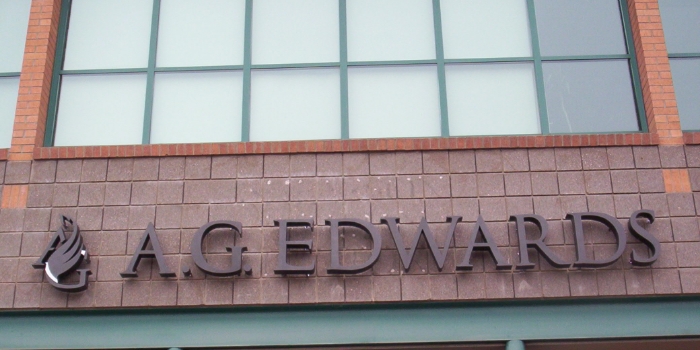 AG Edwards used a reverse pan channel letters with LED illumination for their sign in Boulder Colorado. Signdealz installed this sign in 2008.This design has many unique advantages over traditional channel letter applications.

Another advantage of LED channel letters iis they only require one penetration through the wall for each individual letter. The penetration is only about 1/8", vs. two 3/4" holes required for the old neon technology. This is also a significant advantage for property managers, due to the fact that taking down this type of installation is less intrusive than neon. Patching a small hole vs. two large holes does less damage to the building and looks a lot nicer after the removal of the sign is complete.

This sign was installed in Boulder Colorado at the corner of Canyon and Folsom Ave.