The History of Signs Infographic- How Business Signs Changed the World 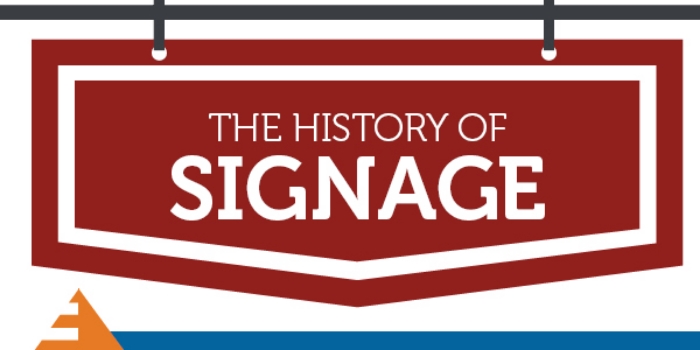 Signs have long been an advertising staple, and with the use of light emitting diodes

(LEDs), they’ve more than caught up with the digital age. Signs have evolved in the

materials that are used, the messages they offer, and the way they are illuminated.

The Evolution of Signs: A Brief History

Signs are ubiquitous these days, but they actually first came into use as early as

Ancient Egypt and Ancient Rome. The Romans used signs that were constructed of

stone or terra cotta. The point where signage became what we think of and use

today was in Europe before the nineteenth century, and the first commercial signs

but sometimes did include text. Emblems were suspended from buildings, painted on

wooden boards, or mounted on poles, which are all things that we still see today.

Though King Richard III is more known for his mythic hunchback and evil demeanor,

he also had a hand in swaying the history of signs. In 1389, he ordered all of the ale

Signs these days make use of LED technology to light up, but signs were illuminated

even before electricity was invented. An example of this appears in an advertisement

that was printed around 1700, which mentions a candle-lit sign. Additionally, in 1840,

One of the most famous and recognizable forms of signage is the neon sign, which

first started appearing in the U.S. in the 1920s and reached the peak of its popularity

These days, more and more signs are becoming digital and make use of LED